Saviah Cellars, formed in 2000 in the Walla Walla Valley of southeastern Washington, is committed to crafting extraordinary wines that combine viticultural excellence with traditional winemaking techniques.  The winery strives to produce rich, artfully balanced wines showcasing varietal characteristics that reflect the unique soils and climate of the Walla Walla and Columbia Valleys.

Saviah Cellars’ first commercial vintage was just 300 cases.  Since then, the winery has grown significantly and in 2022 and 2009 was named One of the Top 100 Wineries by Wine & Spirits Magazine, in 2010 Saviah Cellars was called One of the Rising Stars in Washington by Wine Spectator and in 2013 The Jack brand was named one of the Top Value Brands of the Year by Wine & Spirits Magazine.  Today, the winery produces approximately 28,000 cases annually.

Winemaker Richard Funk and his wife, Anita, both natives of Montana, moved to Walla Walla in 1991.  Saviah is a family name from Anita’s great-grandmother, a schoolteacher, artist and author, who settled in western Montana in the early 1900s.  The family’s heritage is also reflected in their Star Meadows White Wine, named after the location of the original family homestead; the Une Vallée Red Wine inspired by the current family homestead called “One Valley”; and the Big Sky Cuvée in honor of their Montana roots.  THE JACK family of wines, named after Saviah’s husband and Anita’s great-grandfather, has quickly become an iconic brand that over-delivers quality at a friendly price.

In 2001, the Funks formed a special relationship with the Brown family, who have farmed in the Walla Walla Valley for generations, to establish a world-class estate vineyard program.  Anna Marie Vineyard was planted in 2001 followed by McClellan Estate Vineyard in 2003, both of which are the primary sources for our Cabernet Sauvignon, Merlot, Malbec and Petit Verdot. Watermill Estate Vineyard was planted in 2005 and in 2007 we began cultivating the Funk Estate Vineyard.  Both vineyards are located in the southern end of the Walla Walla Valley on the alluvial soils of the ancient Walla Walla River bed, commonly referred to as “The Rocks District”. These sites are planted mostly with Syrah with smaller blocks of Mourvedre, Cabernet Franc, Malbec and Tempranillo. The most recent estate planting was the Dugger Creek Vineyard in 2009 which includes Grenache, Sangiovese, Merlot, Cabernet Sauvignon, and Cabernet Franc. 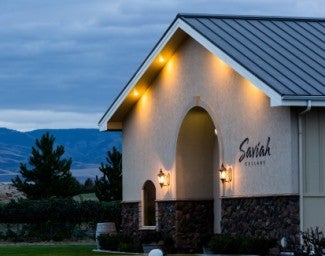 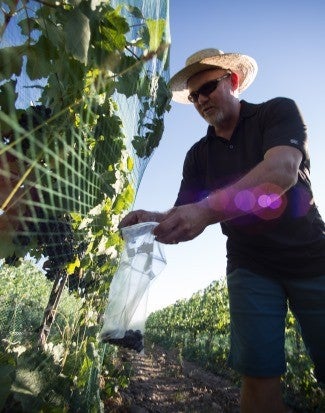 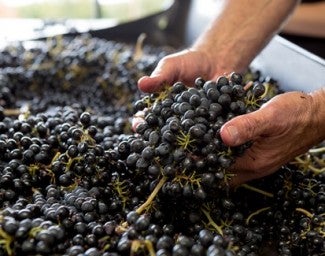