“The winemaker’s cycle repeats itself over and over, year after year.  Always the same and always different…and the winemaker is always hopeful.”

Rich’s interest in fermentation began while studying microbiology at Montana State University in Bozeman, Montana.  As an amateur brewmeister, he discovered an affinity for the process of crafting fine home brews.  After briefly considering a professional career in the manufacture of beer, he and his wife relocated to Walla Walla, Washington in 1991.  It wasn’t long before he developed an interest in the small, still to be discovered wine industry in this quiet southeastern Washington town.

As an Environmental Health Specialist with the Walla Walla County Health Department, he became acquainted with the local wineries as he helped them work through the complex issues of water quality and wastewater management.  During those early years he developed a rapport with a number of local winemakers, who helped him get his start in the industry.  In 2000, Saviah Cellars was established and produced its first commercial vintage of just 300 cases.  Today the winery produces 28,000 cases.

A self-taught winemaker, Rich has an extensive background in chemistry and microbiology. His science background complements his winemaking approach and his understanding of the critical processes involved in making exceptional wine. Richard also has a keen interest in soil science and has analyzed the soils of the Walla Walla valley extensively allowing him to understand the important relationship between fruit quality and terroir.

Rich has assisted several wineries with their start-up processes and served as the winemaker for Watermill Winery from 2006-2009, àMaurice winery from 2005-2006 and also as a consulting winemaker for several new wineries. One of his favorite projects has been working with Top Chef Season 4 winner Stephanie Izard on wine for her Girl & The Goat restaurant in Chicago.

Rich is known for a great sense of humor and enjoys the outdoors and spending time with his family.  In the spring you may find him searching the Blue Mountains near Walla Walla for the elusive morel mushroom and in the fall he traverses the backcountry of Oregon and Montana in search of the equally elusive wapiti and Blue Mountain porcini mushrooms. 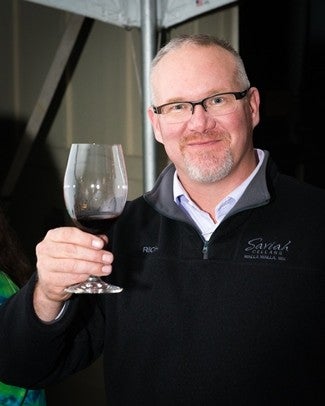